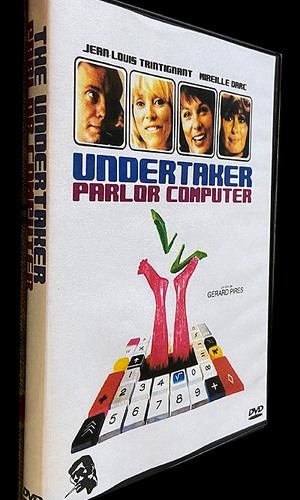 In this black comedy, Fred (Jean-Louis Trintingnant) works for an insurance company as a computer engineer. Fred is bored with enduring the trials of his shrewish wife, so, after using actuarial tables to calculate the most common means of death, he cleverly prepares the family bathroom and brings about her demise. For a while he is content with his new freedom, but then he recognizes that a friend is in a similar situation. However, he is interested in the man's wife, so with her cooperation, it is his friend who dies. After he moves in with the new widow and his other girlfriend, the two women decide that he is much too dangerous to have around, so they calculate a fitting end for him.