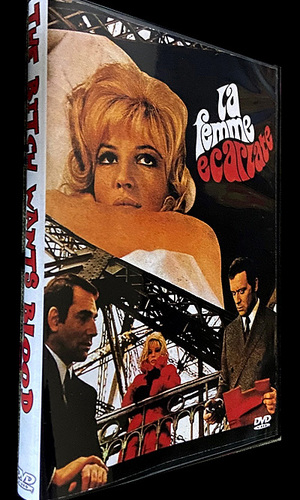 This dark comedy finds Lucie (Monica Vitti) planning to kill her boyfriend (Maurice Ronet), and then herself, after discovering that he has cheated her out of her inheritance and left her penniless. She decides to binge on champagne and caviar before committing suicide, but is rendered intoxicated and daydreams. Lucie later meets a man (Robert Hussein), and reveals to him her intentions to end it all. He desperately tries to locate her as she continues to binge while waiting for her ex-boyfriend. Soon she decides no man is worth dying over and she later meets the stranger who had cared about her condition in her depressed state of mind.