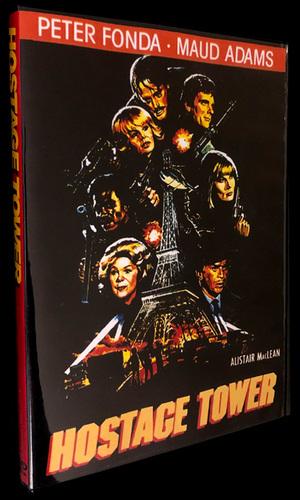 Suspense novelist Alistair MacLean wrote Hostage Tower directly for television. A master criminal takes over the Eiffel Tower, holding the mother of the President of the United States hostage. The criminal demands a $30 million ransom or the tower will be blasted into oblivion. The cast is quite stellar for a TV-movie, including Peter Fonda, Douglas Fairbanks Jr. (then in virtual retirement), Celia Johnson and Maude Adams (as one of the villains). Curiously, the director of Hostage Tower is sitcom veteran Claudio Guzman, best known for his long association with I Dream of Jeannie!