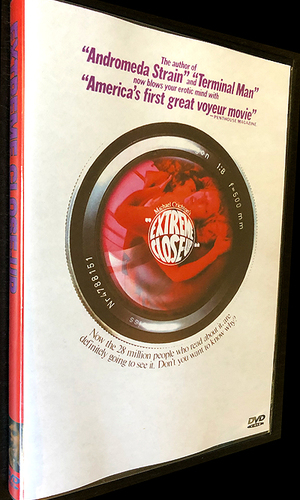 AKA "Sex Through a Window"

Extreme Close-Up is a 1973 film directed by Jeannot Szwarc and written by Michael Crichton. It deals with privacy in an ever growing technological age. A television reporter (Jim McMullan) rents surveillance equipment for a story on the intrusion of surreptitious surveillance in peoples' private lives. He spies on his neighbors and eventually a broader range of citizens, finding himself caught up in the dark world of voyeurism. Producer Paul Lazarus III says the film was inspired in part by the success of I Am Curious (Yellow).