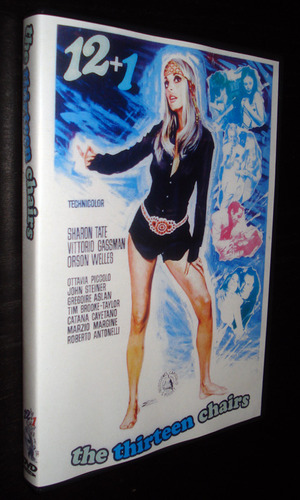 Sharon Tate plays a crucial role (her last-ever appearance before the cameras) in 12 Plus 1 (aka The Thirteen Chairs). If the plot sounds familiar, it is because it's based on a popular Russian novel, also filmed in 1945 as It's In the Bag and in 1971 as Mel Brooks' The Twelve Chairs. Vittorio Gassman inherits a fortune, only to find that the money is hidden in one of thirteen antique chairs. Trouble is, he's auctioned off the chairs to pay for his transportation costs to and from his late aunt's mansion. The bulk of the film concerns Gassman's fevered scrambled throughout Europe to track down the Twelve-Plus-One chairs. Orson Welles and Vittorio De Sica turn up in cameos.