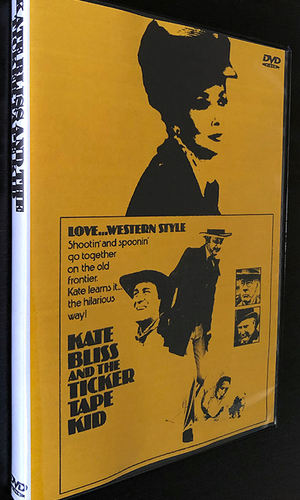 Right after wrapping up her role as Emily on The Bob Newhart Show, Suzanne Pleshette began her reign as "queen of the TV pilot films" with Kate Bliss and the Ticker Tape Kid. Kate Bliss (Pleshette) is a private investigator in the 19th-century West, setting up her shingle in a tough frontier town. The Ticker Tape Kid (Don Meredith) is a onetime stockbroker who has become a Robin Hood-type outlaw. Kate is hired to protect a prissy British land baron (Tony Randall) from the Kid, but soon her loyalties begin to waver. Kate Bliss and the Ticker Tape Kid didn't make it as a series, but allowed Suzanne Pleshette a refreshing change of pace from her usual urban roles.