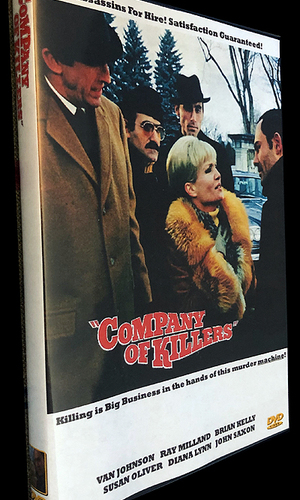 In this thriller, a police detective must find a renegade assassin who is not only wanted by the cops, he is also wanted by his bosses at Murder, Inc. Conspiracy abounds as the hitman controls other assassin's who keep the police preoccupied by their attempts on the life of a multimillionaire. The film (which climaxes with an exciting car crash) originally aired on TV in 1970 as The Protectors. It was so successful that it was later released theatrically under its new name Company of Killers.