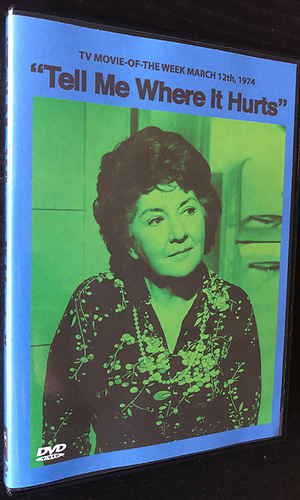 Maureen Stapleton stars as a housewife who, after 26 years of marriage, is searching for new meaning in life. She inaugurates a weekly round robin at her home, encouraging six of her best friends to seriously discuss their difficulties. While the friends draw closer during these sessions, Stapleton only becomes more acutely aware of the severe problems in her own household. Writer Fay Kanin, winner of two Emmies for her work on Tell Me Where It Hurts, appears as one of Stapleton's friends. This TV movie was originally broadcast March 12, 1974 as a General Electric Theatre special.