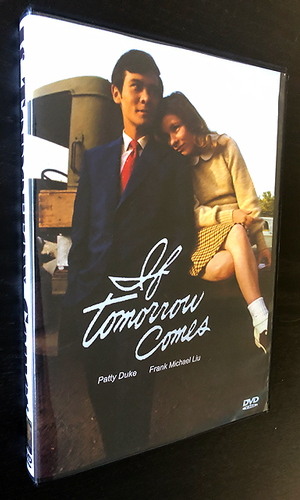 The ABC network chose to recognize the thirtieth anniversary of Pearl Harbor with the "revisionist" TV movie If Tomorrow Comes. Patty Duke Astin is a California girl who in 1941 falls in love with Japanese-American Frank Liu. Upon the occasion of the "Day of Infamy," Liu is rounded up along with other Californians of Japanese descent and interred in a relocation camp. At this point the film becomes a mufti Romeo and Juliet, with Astin and Liu entering into a suicide pact. While the film rightly condemns the wartime imprisonment of Japanese Americans, it also misguidedly suggests that virtually all Caucasians in 1941 were pigheaded bigots with no rational reason whatsoever to mistrust the Japanese. If Tomorrow Comes was filmed on location in Pasadena.