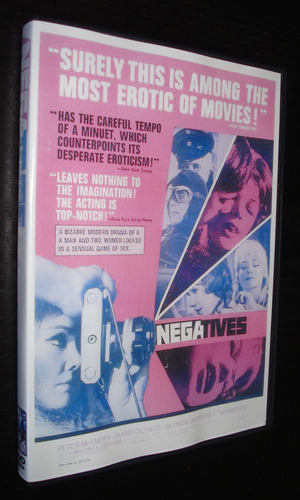 An unmarried London couple tries to interject some life into their romantic pursuits in this mystery. Theo (Peter McEnery) and Vivien (Glenda Jackson) take over the used furniture store owned by Theo's father, who is dying of cancer. Reingard (Diane Cliento) is the German neighbor who produces a photograph of WWI flying ace the Red Baron, who bears an uncanny resemblance to Theo. The couple then takes delight in enacting elaborate fantasies in which Theo is first the notorious turn-of-the century killer, Dr. Crippen and then the Red Baron. Things take a deadly turn when the couple invite a photographer in to film them. Theo goes so far as to buy a vintage airplane to put on the roof of his home. Vivien wishes to participate in the fantasy, but Theo becomes violent.