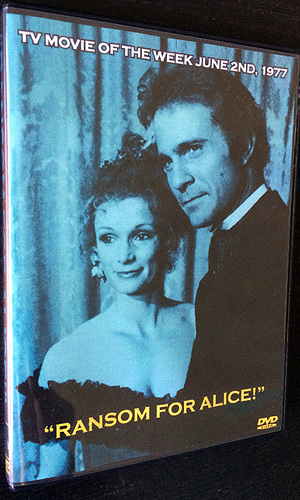 Ransom for Alice was the pilot film for the unsold series The Busters. The protagonists are not narcotics agents as might be assumed, but instead a male-female team of government undercover agents (Gil Gerard, Yvette Mimieux) operating in Seattle in the 1890s. Their current assignment is to rescue a teenaged girl (Laurie Prange) who has been abducted by a white slave ring. The male agent has plenty of opportunity to pose as a gunslinger (with a vast array of creative weaponry), while the female agent is consigned to pose as a dance hall girl. Ransom for Alice is an uncertain blend of cop drama, western, and espionage caper.