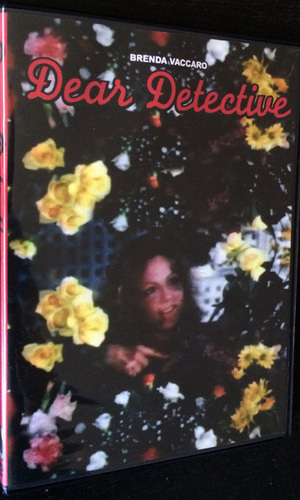 Dear Detective was a 1979 CBS-TV pilot starring the gravelly voiced Brenda Vaccaro as Det. Sgt. Kate Hudson, an undercover detective with the Los Angeles Police Department. She's also divorced and trying to bring up her daughter right, while at the same time carrying on a romantic relationship with an English literature professor at UCLA. It seemed like a promising program, but only a pilot film and three episodes ever made it to the air.