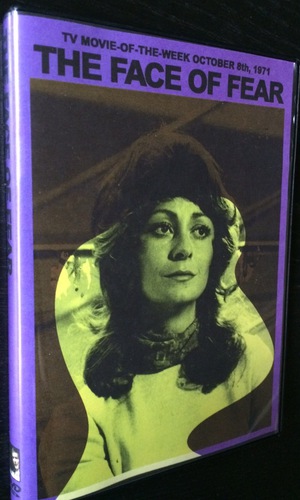 Made for TV, The Face of Fear resuscitates a plot gimmick that probably wasn't new when it was used in Doug Fairbanks' 1916 vehicle Flirting With Fate. Elizabeth Ashley plays a Midwestern schoolmarm who is dying of leukemia. Hoping to end the suffering as expeditiously as possible, she hires a mob assassin to kill her. It must needs be that she changes her mind; equally predictable is the fact that her killer-to-be hasn't changed his. With the help of a police lieutenant (Jack Warden), the woman desperately tries to locate and dissuade the hit man before he can fulfill his end of the bargain. Shot on location in San Francisco, Face of Fear was first telecast October 8, 1971.