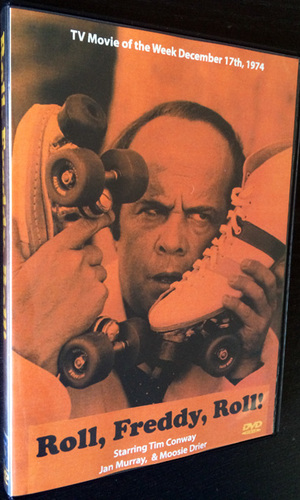 A literally rollicking comedy: Computer programmer Tim Conway tries to become an expert skater in order to impress his son by earning a place in the Guinness Book of World Records (by living on roller skates for seven days). Conway's ex, played by Ruta Lee, has remarried a famous local guy named Big Sid (Jan Murray), who stars in his own TV commercials. If your idea of fun is Conway as a pallbearer on skates, this is the movie for you. Conway did all his own stunts in the movie. He told the Port Arthur Texas News that, "It's pretty hard to get hurt taking a spill if you know what you're doing."