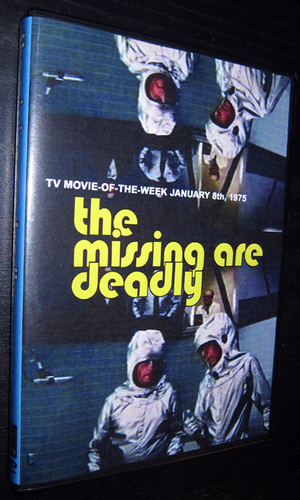 The Missing are Deadly depicts a disastrous chain of events sparked by an immature misstep. Teenager George O'Hanlon Jr. is on the outs with his father Ed Nelson, a research scientist. Feeling lonely, O'Hanlon makes a pet out of a rat from his dad's lab--a rat infected with a deadly and highly contagious virus. Armed with the reassuring information that the virus can kill 100,000,000 people within three weeks, the whole country is in plunged into mortal terror as the teenager wanders aimlessly and anonymously through the streets. The Missing are Deadly was made for television, but that shouldn't be held against it.