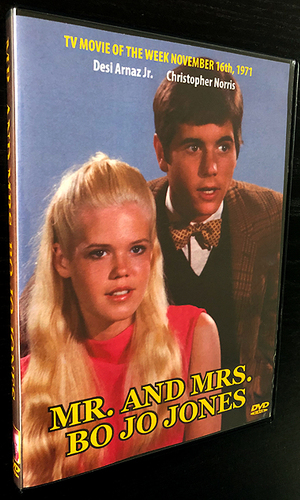 Veteran director King Vidor had long harbored hopes of directing a filmization of Ann Head's novel Mr. and Mrs. Bo Jo Jones, but couldn't get backing from a major studio. The book was finally filmed in 1971 but as a TV movie rather than a theatrical feature and with Robert Day in the director's chair. Desi Arnaz Jr. and Miss Christopher Norris play a couple of lovesick teenagers who are forced to get married when the girl becomes pregnant. Arnaz can't support his wife, Norris isn't really ready for motherhood, and the rest of the community nearly smothers the newlyweds in misguided advice.