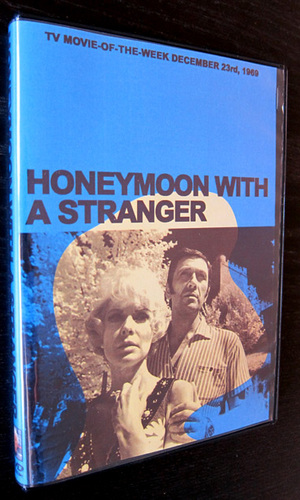 Filmed in Spain, this TV movie stars Janet Leigh as an American woman honeymooning with her new husband. She awakens after the wedding night, only to be confronted with a stranger who insists that he's her husband. Leigh goes to the authorities, who unfortunately believe the ersatz husband's story. Or perhaps it's not as unfortunate as it seems...because Leigh herself is not all she seems. The central plot twist in Honeymoon With a Stranger was reworked into several subsequent TV-movies, until overuse robbed the twist of any surprise.