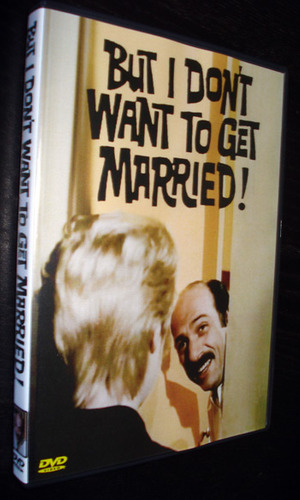 This made-for-TV movie stars Herschel Bernardi as a middle-aged widower, contentedly resigned to his bachelorhood. Bernardi's well-meaning friends and relatives are tireless in their efforts to hitch him up with a new bride. All the candidates are played by prominent actresses (Shirley Jones, Tina Louise, June Lockhart et. al.); few of them are compatible with poor Mr. Bernardi. The bemused bachelor is determined to remain unmarried until he meets a lovely widow who is similarly indisposed to matrimony. Under the directorial guidance of Jerry Paris, But I Don't Want to Get Married rolls along with TV-sitcom efficiency.