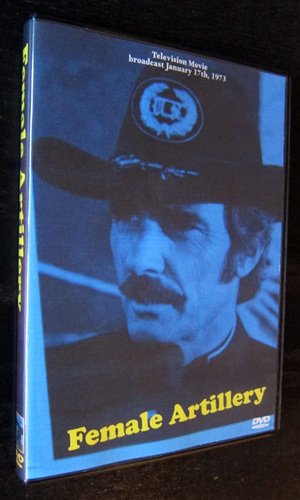 The made for TV Female Artillery is a comedy, just in case the title didn't tip you off. Set in the Old West, the film stars Dennis Weaver as Deke Chambers, an outlaw on the lam from his old gang. Joining a wagon train, Deke aligns himself with a group of tough, well-armed pioneer women. When the gang attacks, the gals retaliate in noisy fashion. First telecast January 17, 1973, Female Artillery is elevated by the special effects wizardry of Albert Whitlock.