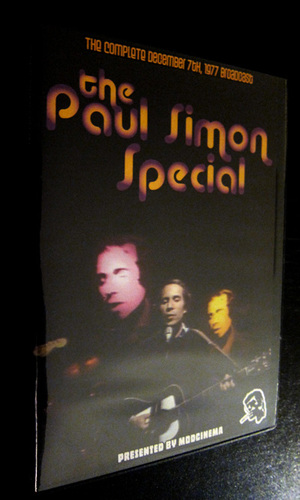 On December 7th, 1977, Paul Simon starred in his own network TV special, produced by Lorne Michaels, which seemed like nothing so much as an extended SNL skit, with several live performances interspersed throughout, backed by the Jessy Dixon Singers and a "surprise" drop-in visit by Artie. Also on the show were Lily Tomlin, Chevy Chase, and, in a no-dialogue appearance, Shelley Duvall. Paul and Michaels won Emmys for writing it, but the award did nothing to raise Paul's spirites about the show's dismal ratings.