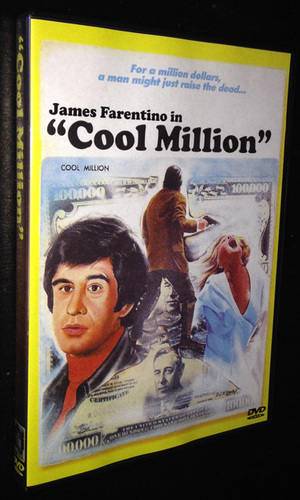 Cool Million was a shortlived 1972 TV series which ran as a recurring feature of the NBC Wednesday Mystery Movie. James Farentino stars as private eye Jefferson Keays, who takes cases only on the proviso that he is to be paid $1 million if he solves the mystery which enables him to live a fabulous lifestyle including his own executive jet. Groovy theme provided by Quincy Jones. This disc contains two complete episodes: "The Abduction of Baynard Barnes" (original air date: December 6th, 1972) and "The Million Dollar Misunderstanding" (original air date: December 20th, 1972)