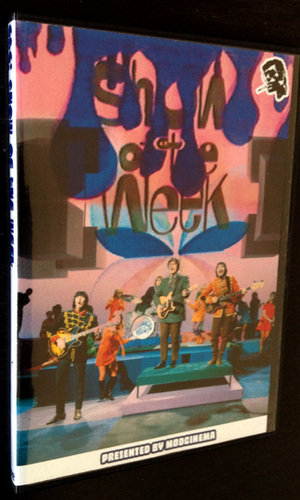 CBC Show of the Week was Canada's answer to American musical variety series such as Shindig!, Hullabaloo, and Romp!!! Juliette Augustina Sysak hosted the special. On stage she simply went by Juliette and she was one of the CBC's first bonafide stars - a glamorous yet wholesome hostess who sang standards and show tunes to viewers every Saturday night. The man performing "The First Time Ever I Saw Your Face" is Frank Moore, who went on to a busy acting career that included co-starring in the David Cronenberg horror classic Rabid. The Guess Who with some members of The Good Company provide the musical numbers in between the comedy sketches and choreographed dances.