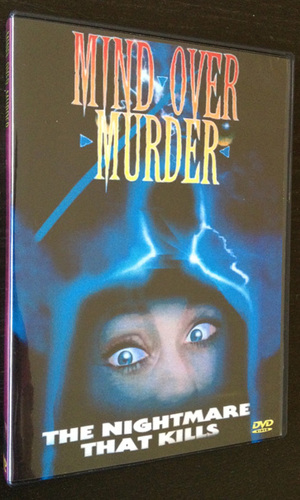 This bush-league Eyes of Laura Mars stars Deborah Raffin as a model with a "sixth sense." First she senses that an airline is to be bombed--a premonition which comes true. Then she senses that the bomber knows who she is and plans to kill her. Unfortunately, Raffin has the usual TV-movie precognitive skills which allow her to see what's going to happen, but which prevent her from determining who's going to do it. Mind over Murder was directed by Ivan Nagy, better known for his highly publicized involvement in the Heidi Fleiss scandal.