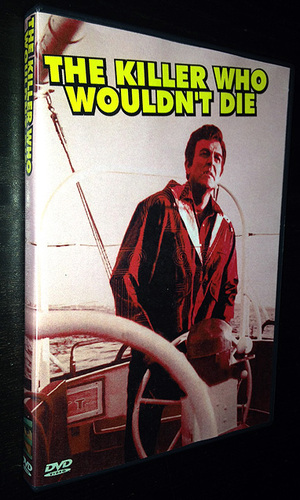 The Killer Who Wouldn't Die was the original network title for the 1976 TV movie also known as Ohanian. Mike Connors plays Ohanian, an Armenian-American ex-cop who runs a charter boat service. He's pulled back into the investigation game when one of his old friends is killed in Hawaii by a foreign assassin. The Killer Who Wouldn't Die was the two-hour pilot for an unsold series starring Mike Connors. Had it been picked up, undoubtedly much would have been made by the publicity mills that Ohanian was Connors' real last name--just as we were constantly reminded that Sanford was the actual moniker of comedian Redd Foxx.