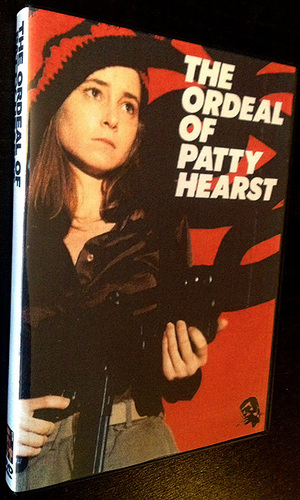 Made quickly on videotape to capitalize on celebrated kidnap victim Patty Hearst's recent rescue, Ordeal of Patty Hearst stars Lisa Eilbacher as the beleagured newspaper heiress. Hearst's secure existence is shattered when she is seized by a tiny terrorist group calling itself the Symbionese Liberation Army. As the abductors deliver their ransom demands to Hearst's publisher father, they brainwash her into obedience to their cause. Unlike the much-later theatrical feature Patty Hearst, the made-for-TV Ordeal is told from the point of view of the FBI agent (Dennis Weaver) assigned to the case; in fact, more time is spent on the private life of the agent (who is on the eve of his retirement) than on Ms. Hearst herself.