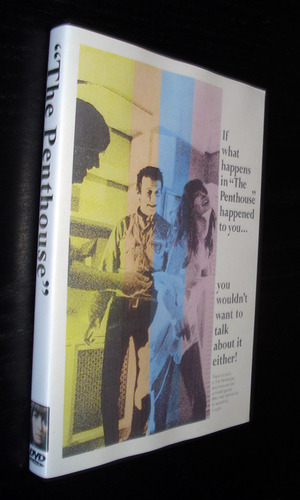 A man and woman with a shameful secret are confronted by a pair of sadistic thugs in this unsettling drama. Bruce Victor (Terence Morgan) is a not-so-happily married real estate agent having an affair with Barbara Willason (Suzy Kendall), an overly credulous young woman. Bruce has access to a furnished flat which he and Barbara use for their liaisons. One morning, while they're at the penthouse, Tom (Tony Beckley) and Dick (Norman Rodway) appear at the door, claiming to be meter readers. Barbara lets them in; they soon tie Bruce to a chair, and after dulling Barbara's senses with alcohol and drugs, they repeatedly violate her. When Tom and Dick finally leave, a seriously distraught Bruce and Barbara wonder if there's any way that they can tell their story to the police without revealing their adultery.