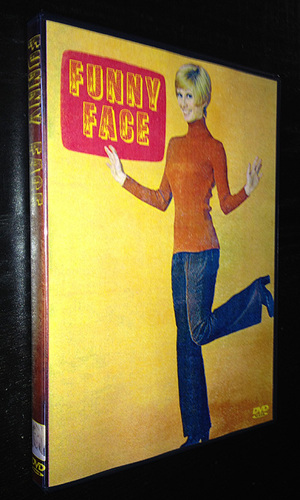 Sandy Stockton was a very sweet and slightly naive young woman from downstate Illinois who was experiencing big city life for the first time as a student at the University of California at Los Angeles. She also worked part time as an actress in television commercials, and was befriended by her neighbor Alice and her landlords, the Harwells. Despite ranking #8 in the Nielsen ratings for the 1971-72 season, it was canceled less than three months after its premiere, because Duncan had to undergo surgery for a brain tumor behind her left eye. CBS returned the Sandy Stockton character and Miss Duncan the next season in The Sandy Duncan Show. Featuring the episodes "A Lesson In Courage", "A Star Is Born On A Stranger", and "Don't Worry, I'll Manage."