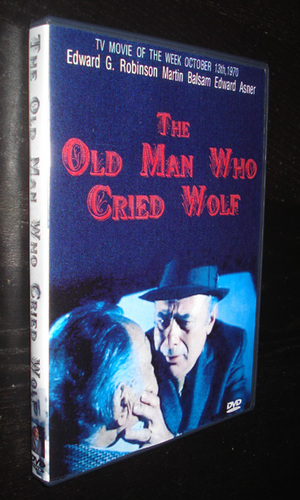 An unusually popular ABC Movie of the Week, The Old Man Who Cried Wolf stars Edward G. Robinson as an elderly shopkeeper who witnesses the killing of his oldest friend (Sam Jaffee). Unfortunately Robinson can convince no one--not the police, his own family nor even those closest to Jaffee--that his friend was murdered. Though enfeebled by age and illness, Robinson sets about to prove that he's telling the truth. He does so, but at the cost of his own life. Edward G. Robinson was proud of his performance, as were his many fans judging by the onslaught of fan mail that followed.