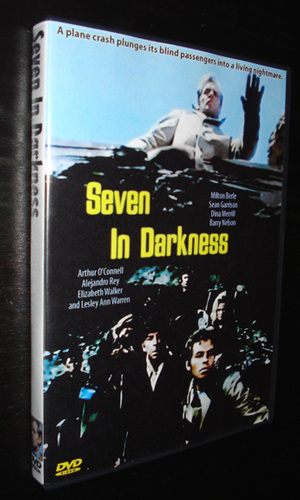 Seven in Darkness has the distinction of being the first made-for-TV "ABC Movie of the Week." The "seven" are all blind people, passengers on a flight en route to a convention for the visually impaired. The plane crashes, forcing the sightless seven to struggle for survival in the hostile wilderness. Arthur O'Connell is given "special guest star" billing, a reliable tip-off as to which of the seven dies first. The rest of the party includes Dina Merrill, Barry Nelson, Sean Garrison, Milton Berle, Alejandro Rey and Lesley Ann Warren.