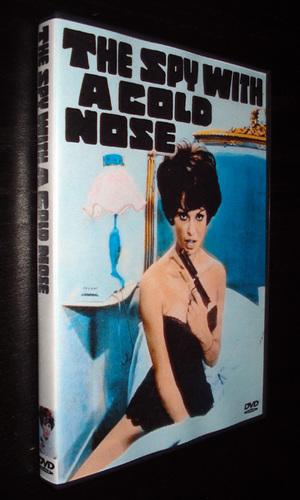 Laurence Harvey, Lionel Jeffries and Daliah Lavi star in this spoof of international intrigue. Jeffries plays a British Counter Intelligence agent who persuades veterinarian Harvey to implant a microphone under the skin of a bulldog. The dog is to be a gift from Britain to the Soviet Prime Minister.  Things go wrong when the dog gets sick in the care of the Soviets, and Jeffries, with the help of Harvey must travel to the Soviet Union to retrieve the microphoned dog before it is discovered. This is an unusual part for Laurence Harvey, best known for his serious films, here in a comedic role; and Lionel Jeffries, another fine British actor you may recall from First Men in the Moon.