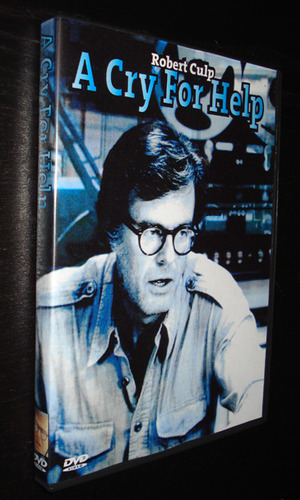 A Cry for Help (working title: End of the Line) stars Robert Culp as an acerbic, Don Imus-like radio talk show host. When one of his callers, an anxious young woman, threatens to kill herself, Culp laughs it off. Later, however, he realizes that the girl wasn't kidding, and mounts a frantic effort-with the help of his loyal audience-to locate the would-be suicide. Richard Levinson and William Link's script stretches the tension level to the snapping point, and you'll love every minute of it. Made for television, A Cry for Help originally aired February 12, 1975.