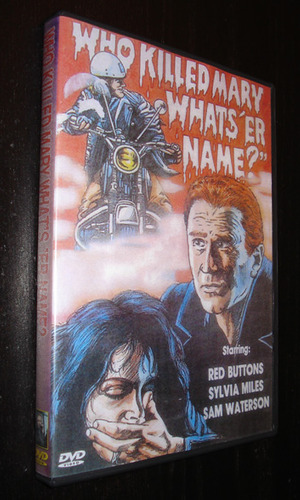 AKA "Death of a Hooker"

Death of a Hooker was the spell-it-out alternate title for Ernest Pintoff's unorthodox murder mystery Who Killed Mary Whats'ername. At first, Red Buttons seems an illogical choice for a hero, especially since he plays a diabetic ex-boxer who isn't all that quick on the uptake. But Buttons gradually grows on the audience as he investigates the murder of a Greenwich Village prostitute whom he barely knew. With the help of his daughter Alice Playten, Buttons unearths a great many clues that we either overlooked or ignored by the cops. The film ends abruptly and somewhat tragically, which may have resulted in poor word of mouth when it was first released. Only after it became a Late Late Show perennial did Who Killed Mary Whats'ername?  finally find its audience. The largely New York-based cast includes Sylvia Miles, Sam Waterston, Conrad Bain and, in an uncharacteristically repulsive "heavy" role, David Doyle.