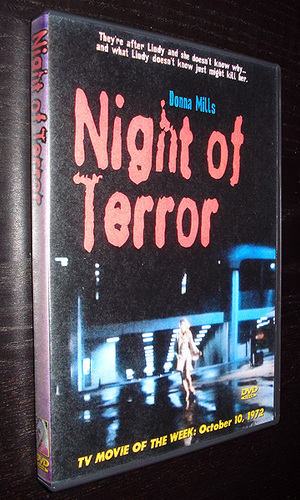 It took several years and several TV movies like Night of Terror for Donna Mills to outgrow her "woman in jeopardy" period. Here she is pursued by a syndicate hit man. Mills doesn't know why, but she does know that her stalker has already killed two people in order to get to her. The lynchpin of the mystery is a earlier traumatic experience which Mills has blocked from her memory. The hit man knows that Mills has witnessed a murder...and he wants to keep her memory clouded on a permanent basis. Former police detective Eddie Egan, the role model for The French Connection's Popeye Doyle, has a supporting role in Night of Terror.