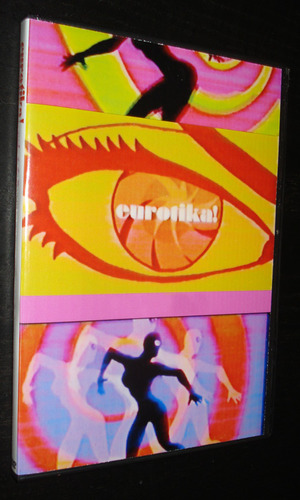 Fantastic British TV Show focusing on trash cinema culture in Europe. This disc contains 5 episodes: "French Blue" (with clips from such films as Exhibition, Sin on the Beach, Pussy Talk, and Shocking), "Jess Franco" (with some great commentary by Franco himself as well as producers writers and actors, "Italian Horror" (with clips from giallo films such as Blood and Black Lace, Devil's Nightmare, & Torso), "Jose Larraz" (clips from Vampyres Black Candles The Coming of Sin and more!) and "Max Pecas" (director of I Am a Nymphomaniac I Am Frigid and Club Prive with many film clips and commentary by Pecas.)