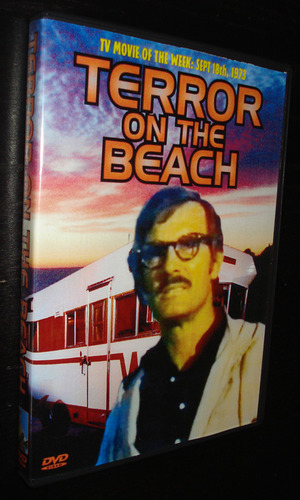 Terror on the Beach stars Dennis Weaver and Estelle Parsons as the parents of a family vacationing on the shores of California. A gang of vicious, marauding teenagers invade the campsite and proceed to make the family's life hell. Weaver resists giving into violence until the fierce climax, where he proves just as capable of evil as his tormentors. The highlight of this grim charade is a dune-buggy chase, far better staged and photographed than most of the violent set-pieces. Made for television, Terror on the Beach was filmed on location at California's Pismo Beach.