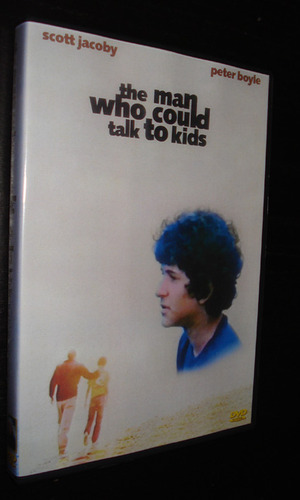 Peter Boyle plays a social worker who deals with "special needs" children. Most of Boyle's energies are devoted to communicating with an emotionally disturbed teen (Scott Jacoby). The difficulty of the job is doubled by the fact that the boy is alienated from his anguished parents (Robert Reed, Collin Wilcox-Horne), who may unknowingly be part of the problem. Filmed in semi-documentary fashion, The Man Who Could Talk to Kids transcends its "disease of the week" earmarks to become a TV movie of lasting value. The film also helped Peter Boyle shake his bullheaded Joe screen image.