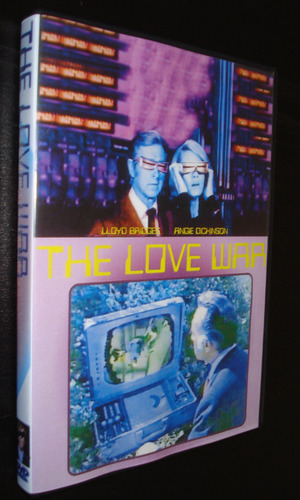 The ongoing war between the planets Argon and Zinan is slated to be resolved in a winner-take-all battle, to be held on the "neutral" planet Earth. Among the six representatives of the two planets is Argon warrior Kyle (Lloyd Bridges), who upon assuming human form arrives in a sleepy California town. Kyle's militaristic resolve is challenged by the curious emotions stirred up via his relationship with local resident Sandy (Angie Dickinson). The Love War was originally telecast on March 10, 1970 as an "ABC Movie of the Week" presentation.