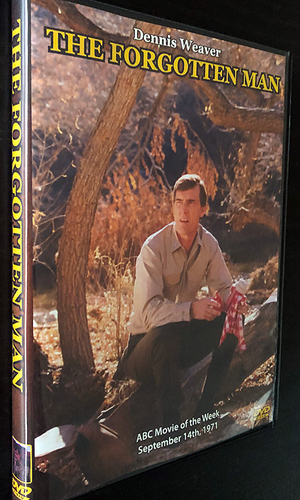 The Forgotten Man is an updated variation on the "Enoch Arden" theme. Dennis Weaver stars as Lieutenant Joe Hardy, who when captured by the Vietcong is reported killed. Upon his release, Hardy returns to his hometown, only to discover that life has gone on without him. His wife (Anne Francis) has remarried; his daughter (Pamelyn Ferdin) is living with another family under another name; and his friends and former business associates treat him as though they wish he was dead. Unusually powerful for a TV movie of its era, The Forgotten Man debuted September 14, 1971.