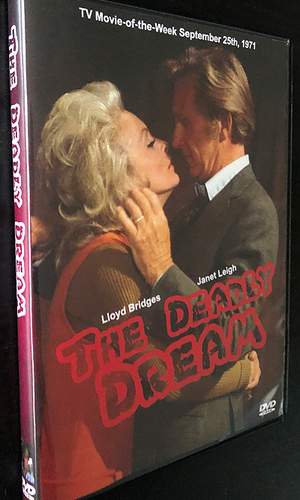 Where do dreams end and reality begins? That's the question facing research scientist Lloyd Bridges in the made-for-TV Deadly Dream. Each night, Bridges suffers nightmares, in which he is on trial for his life before a mysterious tribunal. The whys and wherefores of Bridges' torment are revealed bit by bit throughout the film's 73 minutes. Co-starring Janet Leigh, Leif Erickson, and Don Stroud, The Deadly Dream was the September 25, 1971 installment of ABC's Movie of the Week anthology.