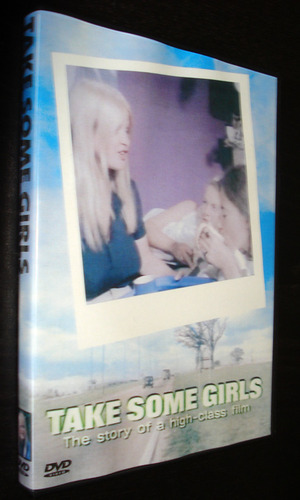 AKA "Excitement Girls, The Yes Girls"

Take Some Girls (AKA Excitement Girls: The Story Of A High-Class Film) ran for a year in one London's West End cinema wearing out three 35mm prints. It's a sex comedy which captured the mood of the seventies, and showed how guerilla filmmakers of the time made films and the girls who wanted to be in them.