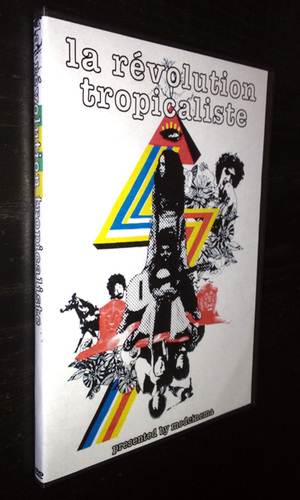 Broadcast in 2001, La Revolution Tropicaliste is a French TV documentary on the amazing Brazilian music movement known as Tropicália. Such brilliant artists as Gilberto Gil, Tom Ze, Os Mutantes, Gal Costa & Caetano Veloso all played a prominent part in the development of the genre, and they are all seen here in archival footage and recent interviews. Featuring a plethora of vintage live performances and great documentary footage of Brazil then and now, this doc is a must see for fans of the Tropicália genre. Presented with English subtitles for the first time.