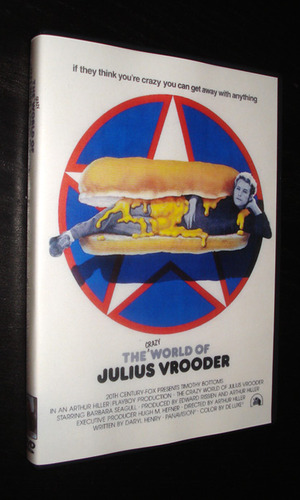 The charms of mental illness and the superiority conferred by psychic wounds are celebrated almost as whimsically in Arthur Hiller's "The Crazy World of Julius Vrooder." Timothy Bottoms plays a Vietnam veteran who frolics all over his hospital, convinced that he's far saner than the doctors who pronounce him "psychiatrically impaired." The movie - which drowns its antiwar theme in a cataract of cuteness was produced by Hugh M. Hefner of Playboy, and contains one of the silliest wedding scenes we've ever seen.