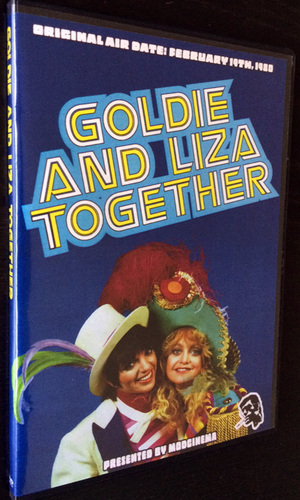 In 1980, both of these leading ladies were campaigning for roles in the aborted film version of Chicago and CBS thought it would be a good idea to team the two superstars up in a prime-time variety outing. Both gals already had big film careers and a few TV specials behind them, so why not take America's favorite kookie blonde and the dazzling Studio 54 barfly and give them an hour to prove what good friends they are supposed to be in real life? And so we have Goldie and Liza Together!