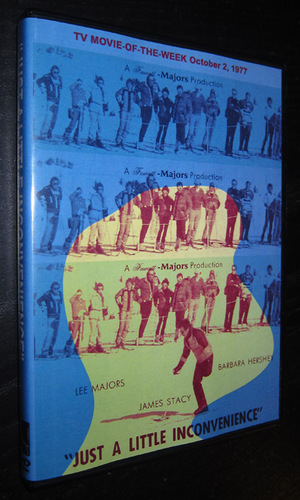 Actor James Stacy, who in real life lost and arm and a leg in a motorcycle accident, won an Emmy award for his performance as double-amputee Kenny Briggs in this made-for-TV movie. Disabled in Vietnam, Kenny is not only embittered by his plight, but also holds his best friend and fellow soldier Frank Logan (Lee Majors) responsible for the tragedy. In concert with Kenny's girlfriend, Nikki (Barbara Hershey), Logan tries to snap Kenny out of his self-pitying doldrums -- while Kenny himself struggles with physical rehabilitation, in hopes of returning to his favorite sport of skiing. Written and directed by Theodore J. Flicker (The President's Analyst), Just a Little Inconvenience debuted October 2, 1977, on NBC. (Please note: end credits are missing but the movie is complete)