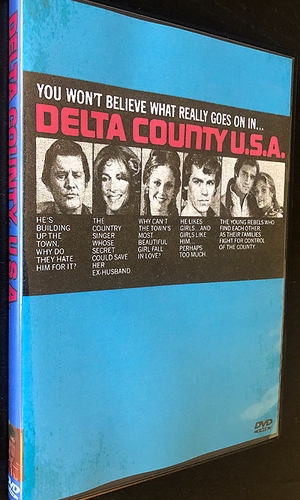 Delta County USA was the feature-length pilot film for a proposed prime-time serial. The titular county is an old, hidebound Southern community, harboring ever so many dark secrets. The dramatic tension of the film is manifested in the lack of understanding between the older citizens and the young set. Jim Antonio heads the cast as "Jack the Bear," who's smarter than the av-er-age...you know. Delta County USA was initially telecast May 20, 1977.