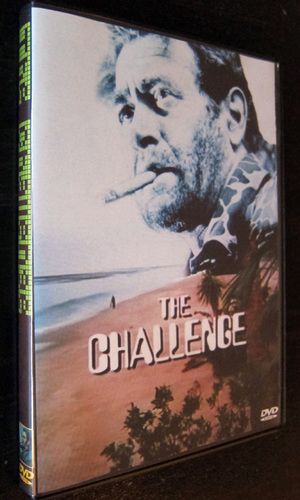 All-out war between the United States and an Asian country is averted when the two sides agree to This TV movie proposes that at some future date, America will be at loggerheads against some unnamed Asiatic power. Realizing that all-out nuclear war will decimate the planet, the two countries decide to boil down their argument to two combatants. Darren McGavin, an army malcontent, is the American "delegate', while martial-arts expert Mako is the Asian. They are place together on a small Pacific Island and ordered to duke it out on behalf of their countries--winner take all. According to the press release, both men learn "that there is a higher morality than temporary politics." The shamefaced director of The Challenge was able to hide behind the pseudonymous cognomen "Allan Smithee"; unfortunately Darren McGavin and Mako weren't offered that option.