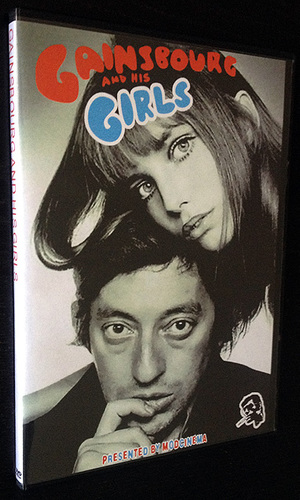 GAINSBOURG AND HIS GIRLS (2010 FRANCE)

Gainsbourg’s been called a scoundrel, pervert, and misogynist, yet female singers in France felt it a seminal moment in their career to sing a song penned by the rogue. For the breezy, hip-shaking feature documentary Gainsbourg And His Girls, filmmakers raided the archives of French TV from the early ‘60s and onwards. Comprised entirely of luxurious file footage and brand new interviews, this film focuses on Serge's collaborations and relationships with the myriad of women in his lifetime including Jane Birkin, France Gall, Françoise Hardy, Juliette Gréco, Régine, Brigitte Bardot, Buzy, Vanessa Paradis, his daughter Charlotte, Dani, Bambou, Isabelle Adjani, Michèle Arnaud, and Arlette Tabard. This is an essential deep look at the artist who most Americans only know of through his sly, seductive provocateur mask.