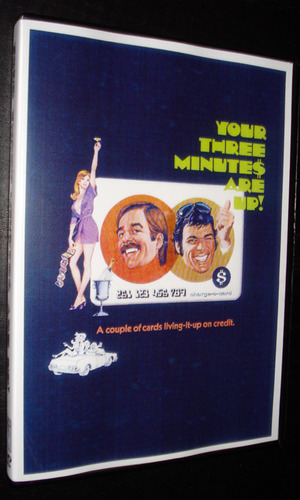 Beau Bridges plays an uptight insurance clerk. Ron Leibman plays Bridges' laid-back pal, who talks Beau into skipping work in order to drive Leibman to the airport. This little trip across town turns into an idyllic trek up the California coast. While Leibman wheels and deals in his efforts to con the Establishment, Bridges loosens up with several nubile females, totally forgetting his proper fiancee Janet Margolin. While it has all the earmarks of a typical "youth trip" film of the 1970s, Your Three Minutes Are Up scores with its believable characterizations and its perceptive view of California's mixed-up social values.