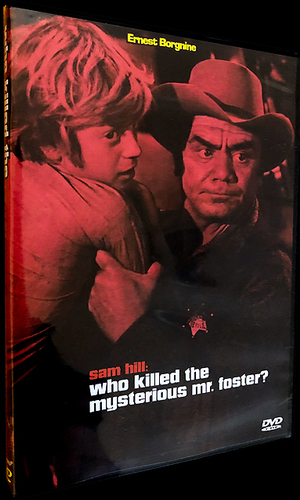 Ernest Borgnine plays alcoholic vagabond Sam Hill in this pilot film for a potential western detective series. Sam Hill is appointed sheriff of a one-horse town, then promptly becomes mixed up in a murder case. The victim was a preacher who was collecting $10,000 to build a new church; the money of course disappeared the moment the preacher turned up dead. Hill investigates and learns that the mysterious Bible-thumper was not all he claimed to be. The sheriff must get to the bottom of the case before he's ousted by a special election. Sam Hill: Who Killed Mr. Foster? lost out in the "Disheveled Frontier Detective" sweepstakes to another TV pilot film, Richard Boone's Hec Ramsey.