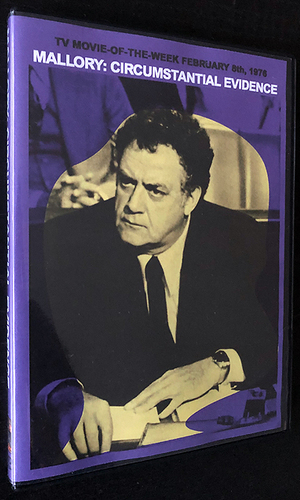 Raymond Burr stars again as a lawyer, this time named Arthur Mallory. No Perry Mason here, Mallory has been on the outs since being falsely accused of encouraging a witness to lie on the stand. Eventually cleared, Mallory lives hand to mouth as a public defender, with a heightened sense of fair play when it comes to the downtrodden. In this pilot film for the never-sold TV series Mallory, the attorney defends a jailed car thief (Mark Hamill) who has been framed for the killing of another prisoner . The original network title for this two-hour TV movie is Mallory: Circumstantial Evidence.